WEST GOSHEN — No one had as good a vantage point as Will Gallagher, and even he can’t divine an answer.

A year ago, the Notre Dame signee was part of a Radnor defensive unit that averaged four goals allowed per game on the way to a state title. Gone from that team, which handled Kennett at West Chester East in a stunningly dominant final, were three impact players.

This year, Radnor was, somehow, better. As a team, the Raptors won a Central League title and a District 1 crown, Gallagher marshaling a youthful but talented rearguard. As a unit, allowing 5.1 goals per game may have been an ever so slight statistical step backward. But nobody who watched what Radnor did Saturday, shackling Garnet Valley for a second straight state title, would quibble about what this year’s unit was capable of.

So much of its success came via Radnor’s superlative defense, where Gallagher struggles to draw a line between last year’s unit and this year’s.

“It was kind of cool watching them get better and more mature over the year,” Gallagher said. “They might be better than last year, but I can’t pick a favorite.”

This year’s team didn’t rebuild; it reloaded, with Gallagher as the leader. Super sophomore Michael Savadove stepped into one of the largest roles, and he was outstanding Saturday, with six caused turnovers. Every time Garnet Valley (19-7) tried to get anything going, Savadove’s stick was in the lane.

“He’s been doing that all year,” Gallagher said of Savadove. “I don’t know if he exactly gets the credit he deserves. But he’s been awesome all year. He takes the pressure off of everybody else because of the plays he makes with his stick, groundballs and with his feet. He’s phenomenal, and he’s going to be so good next year and so good in college.”

It’s not an individual effort, Gallagher will tell you. But Gallagher shouldered the biggest offensive load, taking on Busenkell, who entered the game with 162 points on the season. He exited with 162 points, shut out for the first time all season.

Of course, Gallagher got plenty of help. Nate Brown made four saves in goal. Savadove, Pablo Strid, Luciano Chadha and LSMs Thomas Barton and Sammy Carter were part of an utterly dominant performance that had the game at 2-2 at half and allowed Radnor to explode for seven fourth-quarter goals.

The low-scoring first half was fine by Garnet Valley, and the first 24 minutes were an all-around display of defensive brilliance. Just as Will Gallagher kept the clamps on Busenkell, Garnet Valley’s Sean Gallagher (no relation) handled Ryan Goldstein, keeping him off the board for the first half.

“That’s right where we wanted to be at halftime,” the Navy-bound Sean Gallagher said. “We wanted to keep it close. Unfortunately, we just ran out of gas at the end.”

That didn’t last, though, with Goldstein breaking his shackles for two goals and four assists after the break. Coupled with the midfield depth that the Raptors are able to wield, they wore down Garnet Valley. 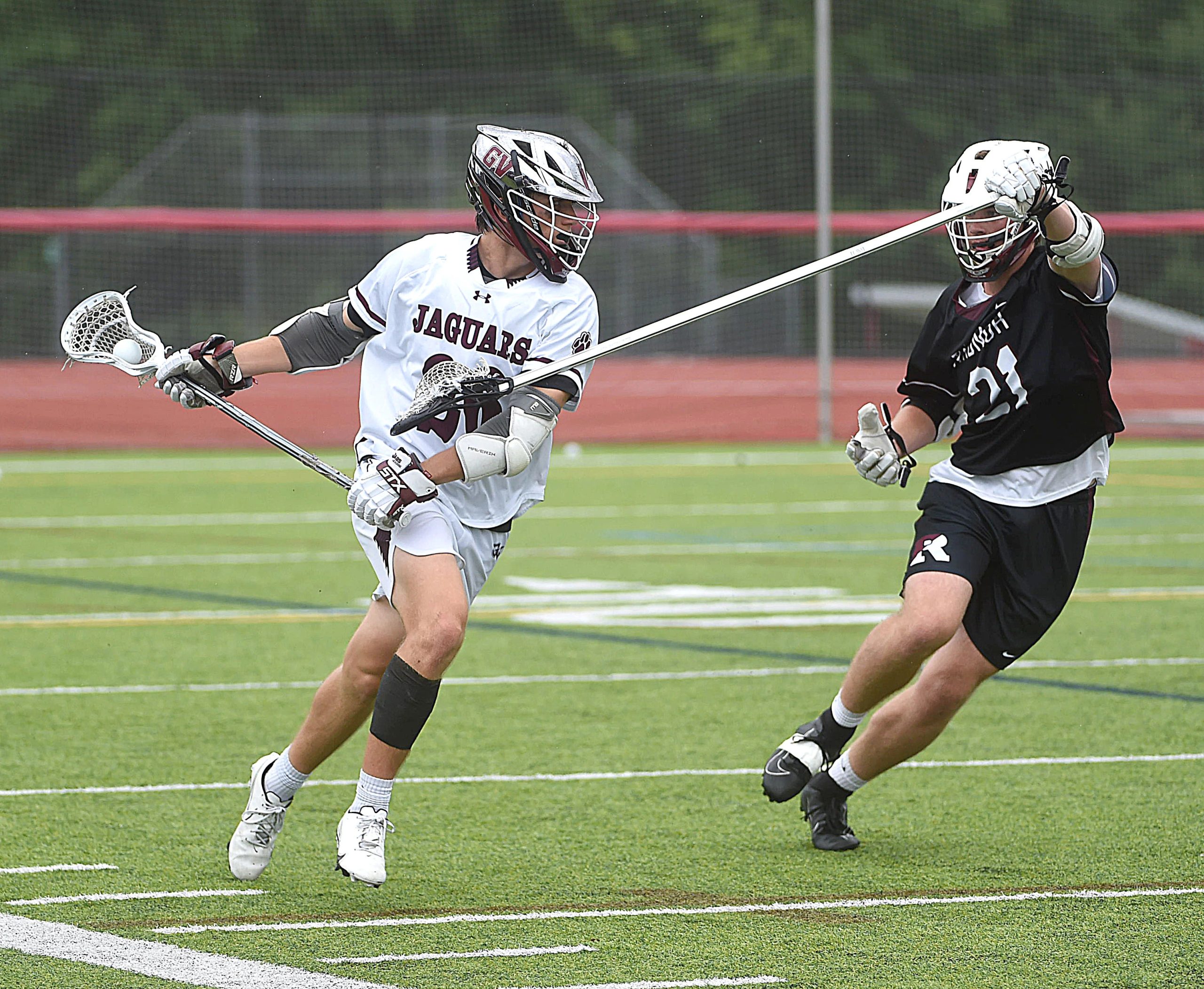