Both the Radnor Ultimate Frisbee boys and girls Varsity teams won the 2018 PA States Ultimate tournament this past weekend.

This is the 3rd PA States Championship for the Boys team and 2nd for the Girls team since Radnor Ultimate Frisbee was formed in 2007. This is the first time both teams won the championship simultaneously.

The Boys were seeded #7, beat #1 Pennsbury (Ranked #17 nationally) in quarter-finals, #5 Haverford in semi-finals and then #2 North Allegheny (Ranked #16 nationally) to win the championship. When the national ranking is calculated again in a few weeks, we expect Radnor 2017-18 team to be in the top 25 national ranking again. Last year the 2016-17 team ranked 21st.  https://ultiworld.com/youth-rankings/

The girls were seeded #3, beat #1 Lower Merion in the finals to win their championship.

And also for the first time, the Boys Varsity team is back to back champions for 2017 and 2018. 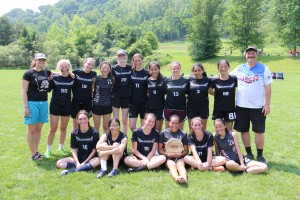 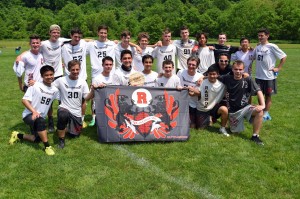